Would you put your faith into a mathematical system and truly believe that it can significantly improve your chances of winning the lottery? I would guess that most would not, and would simply leave it up to chance and hope that their ‘lucky’ numbers come good for them. But then there are some that do believe, and they think that by using maths they can give themselves a much better chance of picking the right numbers.

If you do decide to take the mathematical route, then do not think that it requires a few sums and voila, you have the right numbers created for you every week. It actually requires very complex algorithms that take past data from previously selected lotto numbers and runs them through their system. The end result, they believe, are the numbers that ‘mathematically’ stand a much higher chance of coming up.

One such mathematician that really believes in the power of maths to help you win the lottery is a Mr. Renato Gianella from Brazil. He has developed a system that he calls the LotoRainbow, and this consists of several different tools including a colour chart that you use to identify numbers that stand a much higher probability of coming up. He also talks about strategies that help you choose groups of numbers that should come up according to the laws of probability.

Try it out for yourself

If you are curious as to whether a system like this, or any other mathematical system would work, you can always try it out for yourself. You don’t even have to spend any money to do this. You can play at a lotto site that offers free games and try out as many different systems as you like to see if you get any improvement in your lotto wins. If you do decide to try a system, you must always give it enough time to make a definitive decision as to whether it has helped or hindered your chances. 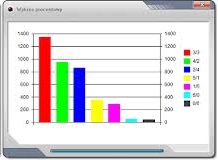 winning number combinations. Do not be afraid to try out your own system if you think it is doing well for you, as there is no single system that anyone can say is ‘the’ system to use. You should always record your results every time you play with a system too, so you can clearly see if your wins have increased very much since you implemented the methods within your system.

Complex mathematics or leave it to luck

There will always be those that want to try and gain a perceived advantage, this is why there are a lot of mathematical systems available for playing the lotto. How much of an advantage they offer, if any at all, is still open to debate. But there are many that do believe they will help them, and use them all the time when they play.